Now I’ve played around with every version of iMovie since the beginning of iMovie, and it was the first video editor I ever really used. I have always found that it gets the job done without a bunch of extra bells and whistles and knobs and buttons and stuff that often make video editing so overwhelming when you’ve never done it before.

If you don’t need 5 reasons to use iMovie and you just want to jump into it, check out my tutorial on getting started with iMovie, and make sure you watch the tutorial on exporting your video in iMovie as well (it can get kinda tricky!)

So reason #1 why iMovie is great for editing GoPro videos is that it has an “approachable interface”. Media, Preview window, timeline. There’s your interface. Compared to professional video editing software… it’s MUCH friendlier.

Reason #2 why iMovie is great for editing GoPro videos is that is that it’s free! But don’t let the price tag fool you… even with its pretty interface, it is a very robust piece of editing software for something that costs zero dollars. Plus, if you learn to edit videos with iMovie, and realize you love editing videos (like I do!), you can upgrade to Final Cut Pro, which is a professional video editor, also made by Apple, and you’d have a pretty smooth transition as far as learning curves go.

Reason #3 why iMovie is great for editing GoPro videos is the image stabilization function! GoPro videos are notoriously shaky because you’re usually doing something crazy fun with them, right?

And reason #4… You can 4K videos with iMovie. Personally, I don’t shoot videos in 4K because my computer just can’t handle it. But many GoPro users do, and I think it’s awesome that iMovie can accommodate that!

Reason #5 (and this is where the PLUS comes in…): compared to other free software for editing GoPro videos, like GoPro Studio or Quik, iMovie gives you the use multiple tracks, the ability to adjust the audio in your clips or separate the audio from your clips and use it along with multiple camera angles or B-roll.

If you have questions about using iMovie to edit your GoPro videos, be sure to leave a comment below. 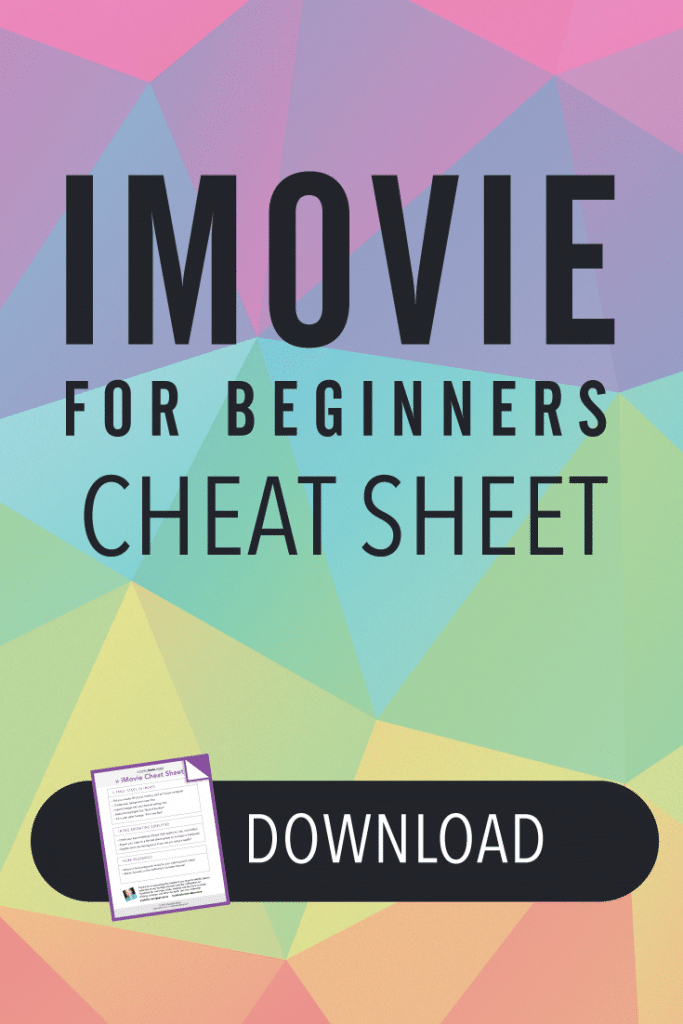 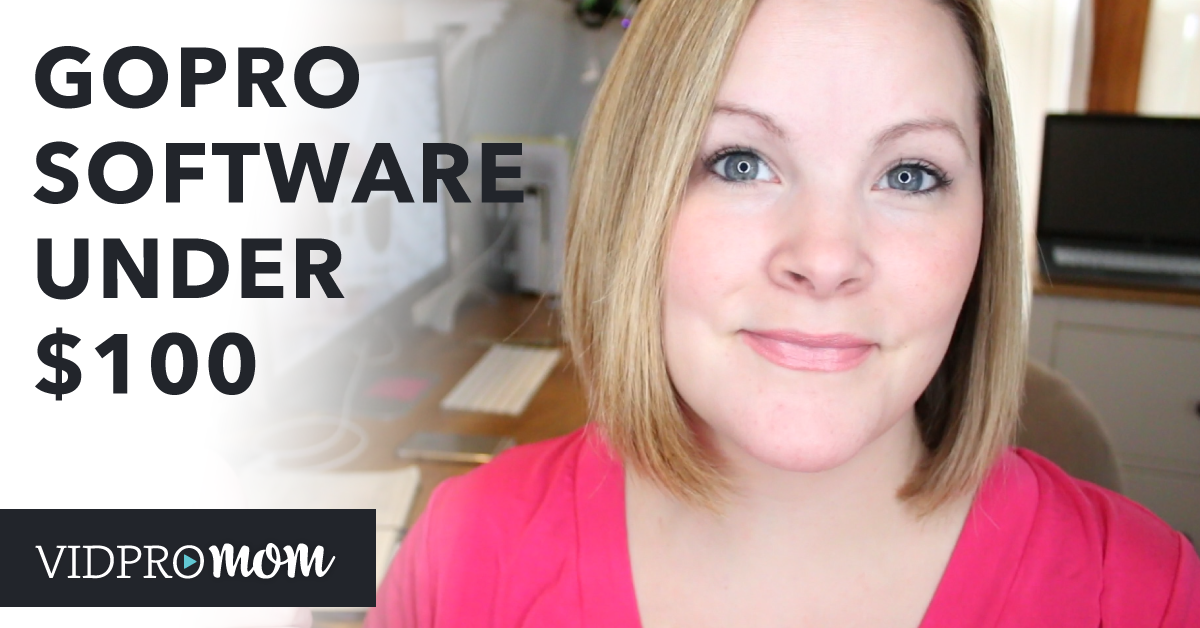 ← Previous
GoPro Software Under $100: Which ones are worth buying? 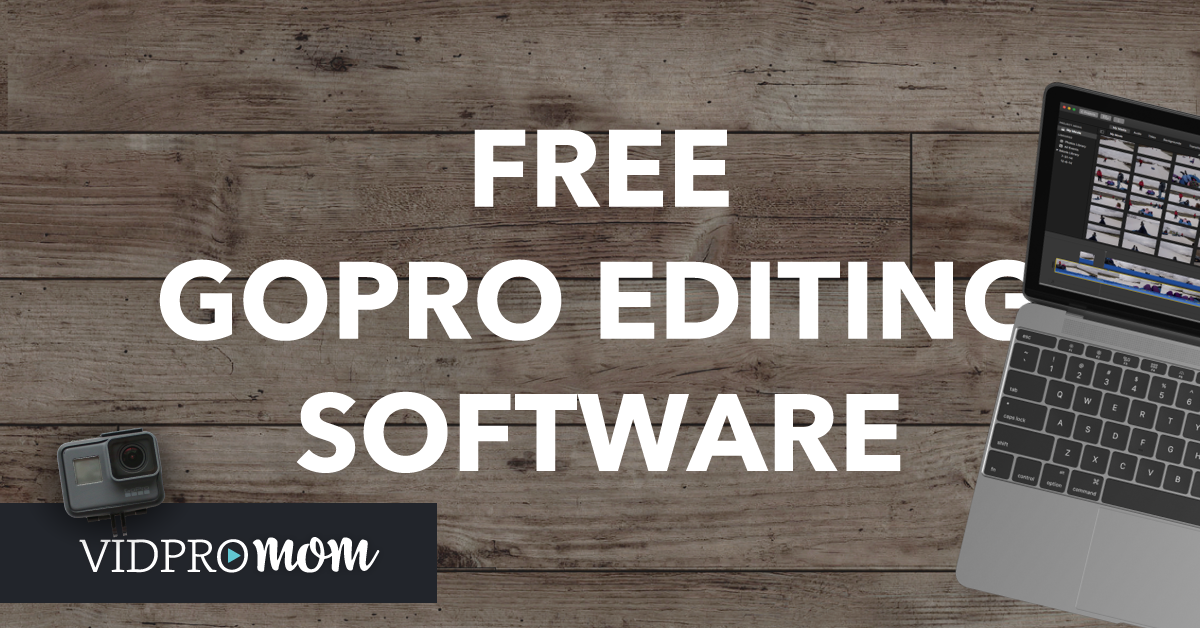 Next →
Free GoPro Software - what are your options?

Hi, In regards to iMovie: I'm wondering if you can have added music playing as the soundtrack to your video, and then cut (or phase) to the actual audio of the original clip briefly (to hear someone talking or a bird singing for example), and then cut (or phase) back to the music track that was playing. ...Or reduce the volume of the music track whilst simultaneously increasing the original audio track, to hear both audio tracks at the same time? Thanks in advance. I'd love to now of you've already done a video about this topic. Cheers

Hey Nick! Yes you can do that with the audio in iMovie but I don't think I've done a video on that yet!

Looking to find your mac keyboard cheat sheet. Your instructional videos are very helpful. Thank you

Can you edit in iMovie and then move back into Quick? If so how is this possible, as at this point and time Quick will not recognise the iMovie MP4 once I have saved it I have tried saving it back to my GoPro and importing as in the Quick help guide, but this doesn't seem to work for me.

I would really like to be there but because I am on satellite and am restricted to 10gb per month, it is not practical. I get free data between midnight and 5am so was wondering if this would ever be downloadable. I have all Apple products so this would have been a great course for me. Thanks for providing it even if I can't participate.