Believe it or not, GoPro isn’t the only manufacturer of action cameras, and I often look at GoPro alternative options and wonder how they compare to the GoPro. Do they produce a high-quality image? Are they robust? Are they a viable alternative? Well, I’ve been playing with an action camera made by HAMSWAN (F60 model), and this post is a review of this product. You can also watch the whole video here.

Disclaimer: This post was sponsored by HAMSWAN and contains affiliate links to their products. I am provided with compensation for advertisements on this blog and commissions for purchases made through links in this post. All thoughts and opinions are my own and are not influenced by TransUnion or its affiliates. My experience is my own, and your experience may differ. Thank you for supporting the brands that make this blog possible! Read my disclosure policy here.

This camera retails for $50-60 on Amazon, and I’ll cover the camera specs in just a moment but first, let me talk about these accessories! This camera comes with a TON of accessories. Like, a TON. More than you would think even fit in this box actually. 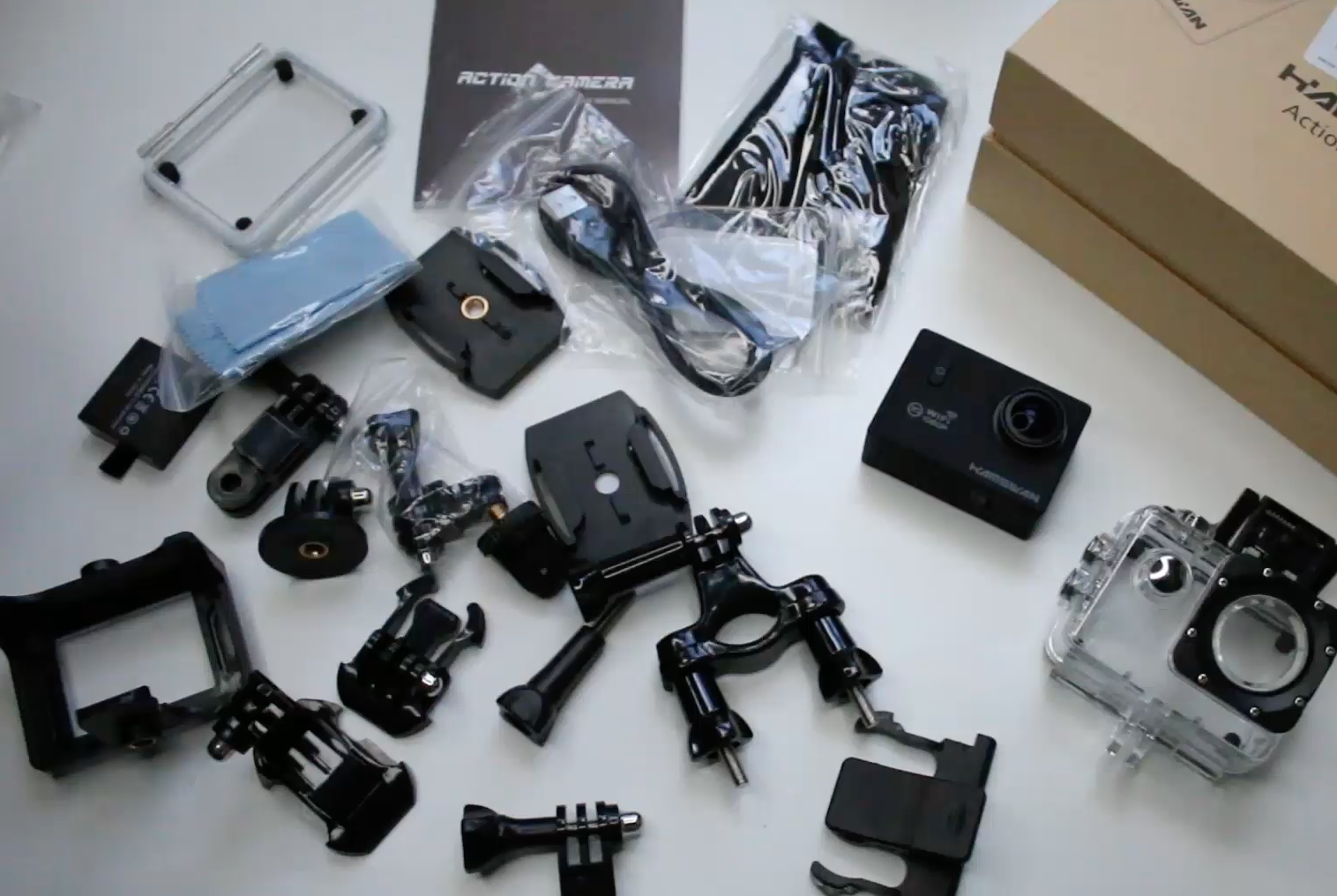 To name a few, there is a waterproof housing, an extra (non-waterproof) back door, a frame-like mount, buckles, switches, a tripod mount (halleluiah), a handlebar mount, and even an extra battery! There are a LOT more accessories here than what would come with a GoPro.

However, the camera itself doesn’t have near as many settings and options as a GoPro. By default, it is set to a resolution of 1080, and a frame rate of 30. The only other options are 720 at 30 fps or 720 60 fps. There is a wide range of resolutions available for photo mode, all the way up to 12 MP.

There is only one option for the field of view, which is a wide angle.

It does have wifi, and you have to download the FinalCam app, which is free, and you can use that as a viewfinder and also control the camera and change the settings with it. In fact I as far as I could tell, there are some settings you can only change through the app, and not on the camera itself. The instruction manual wasn’t super clear on that.

Using the camera is pretty simple. You turn it on on the front, and press record on the top. 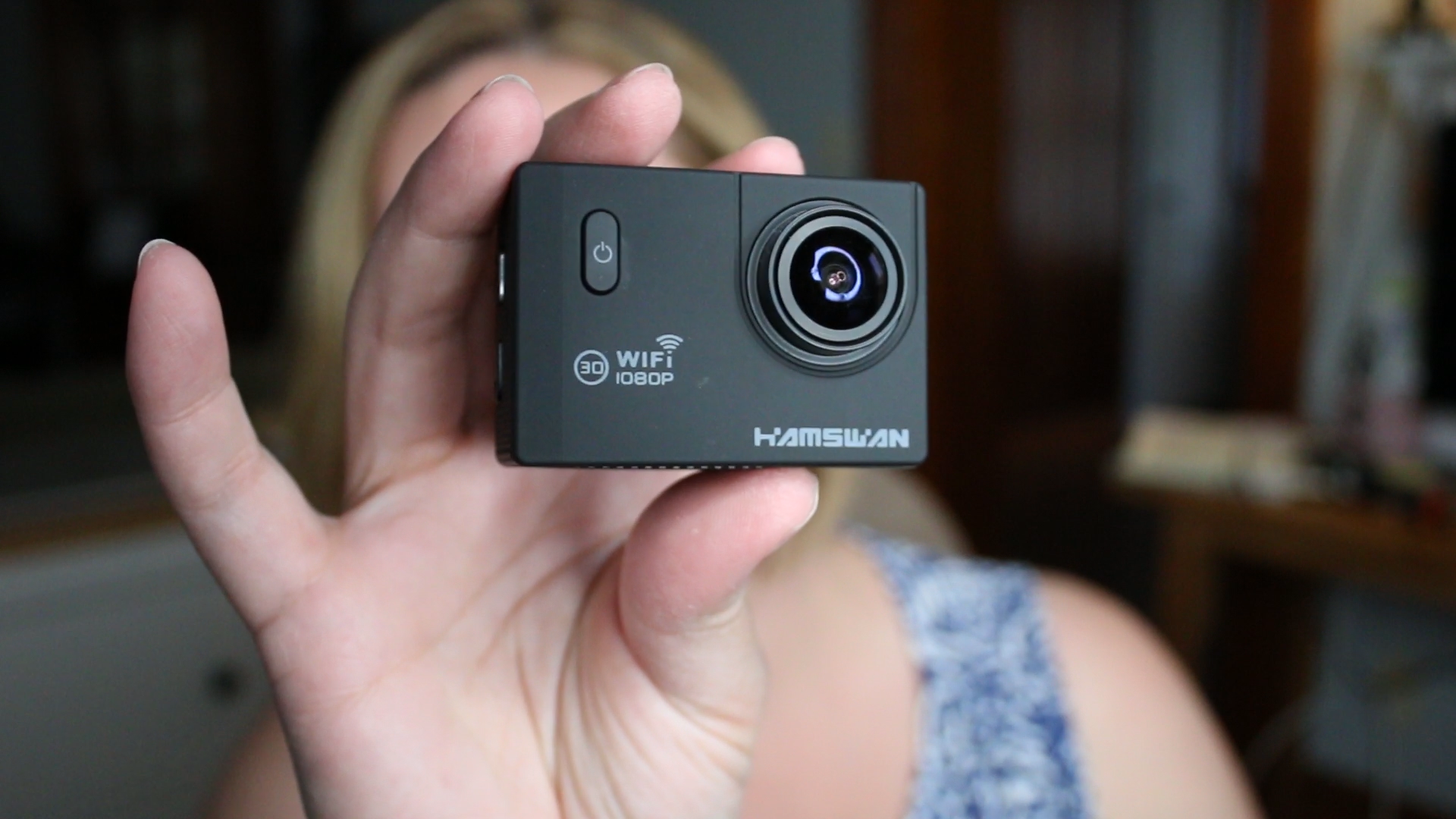 I did have some trouble using the motion feature, which–again, the manual wasn’t clear on what that was–when I used it, I couldn’t get the camera to stop recording. It would stop, then start again right away. I played with it for a good 15 minutes trying to reset the camera, restart the app, and then it started cooperating randomly.

I also had trouble getting the camera to start recording when it was in the case, it was kinda like the case button wasn’t fully depressing the shutter button. It works sometimes but not others.

One kinda neat thing is on the side there is a zoom function so you can actually zoom in and out while you’re recording. So that’s kinda nifty, I know a lack of zoom is sometimes a complaint about GoPro cameras.

So let’s look at the footage. I let my daughter use it in the pool, and had no problems at all with water leakage or anything, so that was good. And then we shot some footage with both the HAMSWAN and the GoPro Hero5 black so we could compare the image quality. Let’s take a look. 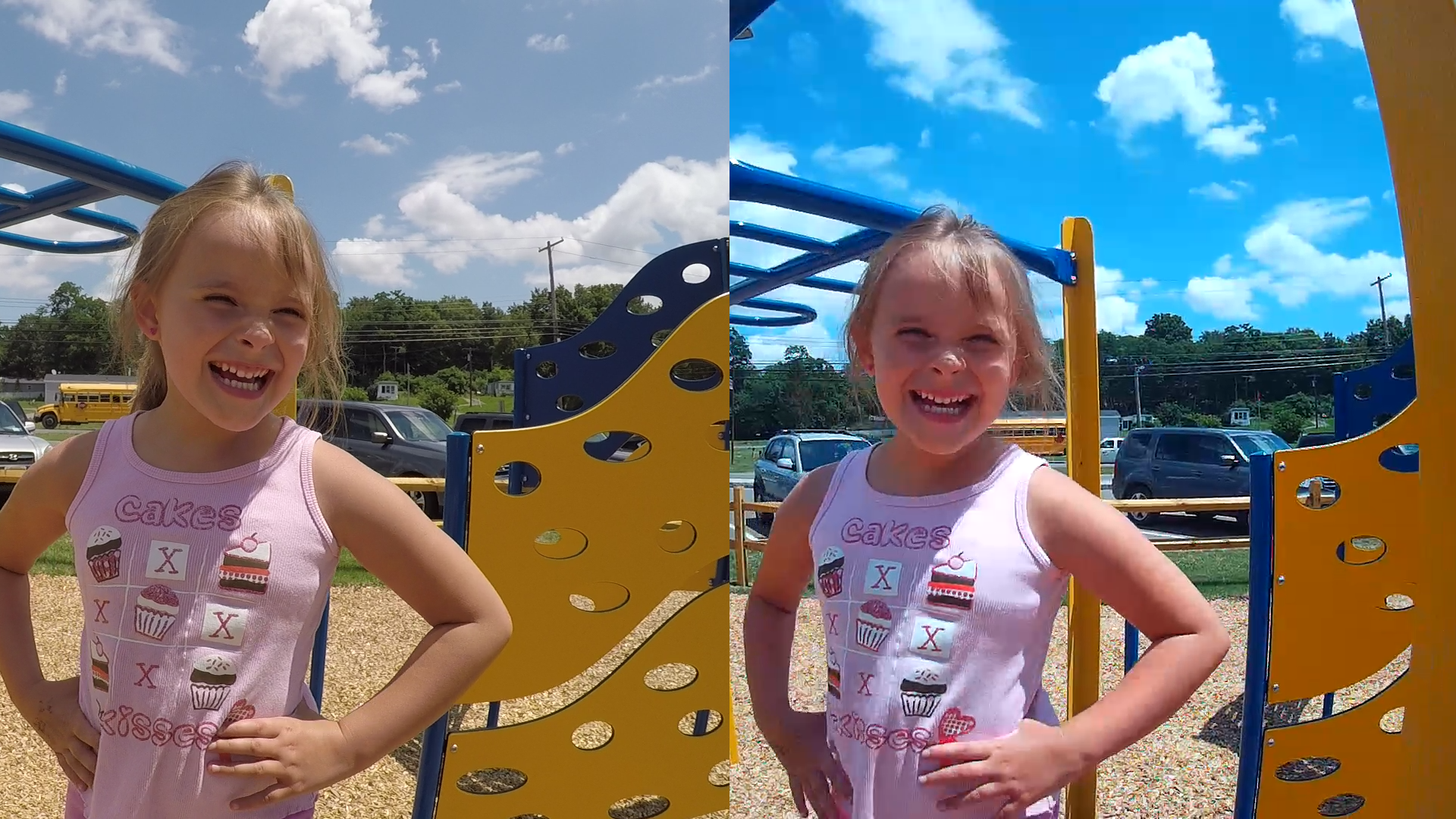 I had the Hero5 set to 1080/30 frames per second, Protune off, with a wide field of view. I figured that’d match the settings of the Hamswan camera as close as possible. This was a very bright sunny day, at around 1 pm so the sun was overhead. In the photo above, the Hero5 footage is on the left, and the HAMSWAN footage is on the right. Be sure to watch the video to see the comparison videos in action!

There are definitely some noticeable differences right off the bat. The HAMSWAN camera on the right has a lot more color going on, which honestly makes the sky look nice and blue, especially compared to the GoPro on the left, but it’s a little over saturated I think. The image quality is a bit fuzzy and you can see it quite a bit more if I zoom in as well. 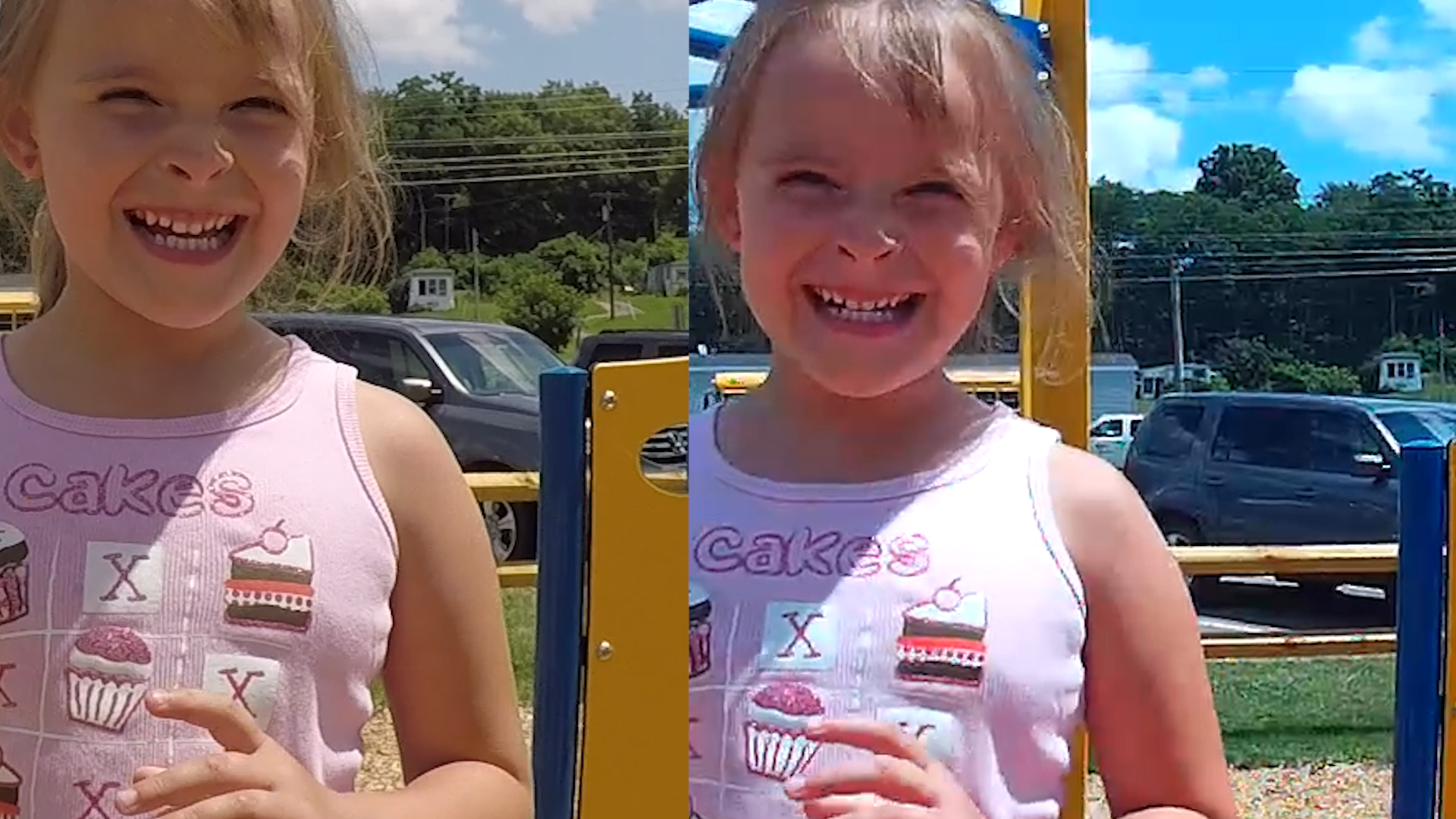 The sound quality isn’t as bad as I was expecting it to be honest, it picks up everything loud and clear, but it gets a little distorted if you’re too close to the mic when you’re speaking. This is without the waterproof housing, of course, and with the waterproof housing, it sounds a lot like you’d expect it to… muffled and pretty much unusable.

Overall, I love the effort here with the HAMSWAN action camera–all these accessories, an extra battery, a tripod mount even! For 50-60 bucks, it might be a fun thing to play with, maybe a good thing to buy for a kid of a teenager who is thinking about learning more about shooting and editing videos.

One of the biggest pros with this camera is obviously the price. But when it comes to image quality, it’s nowhere near as crisp and clear as the GoPro footage, not to mention the GoPro does have so many more options when it comes to settings and whatnot.

Check out the HAMSWAN F60 camera for yourself, if you’re interested in a budget-friendly GoPro Alternative! 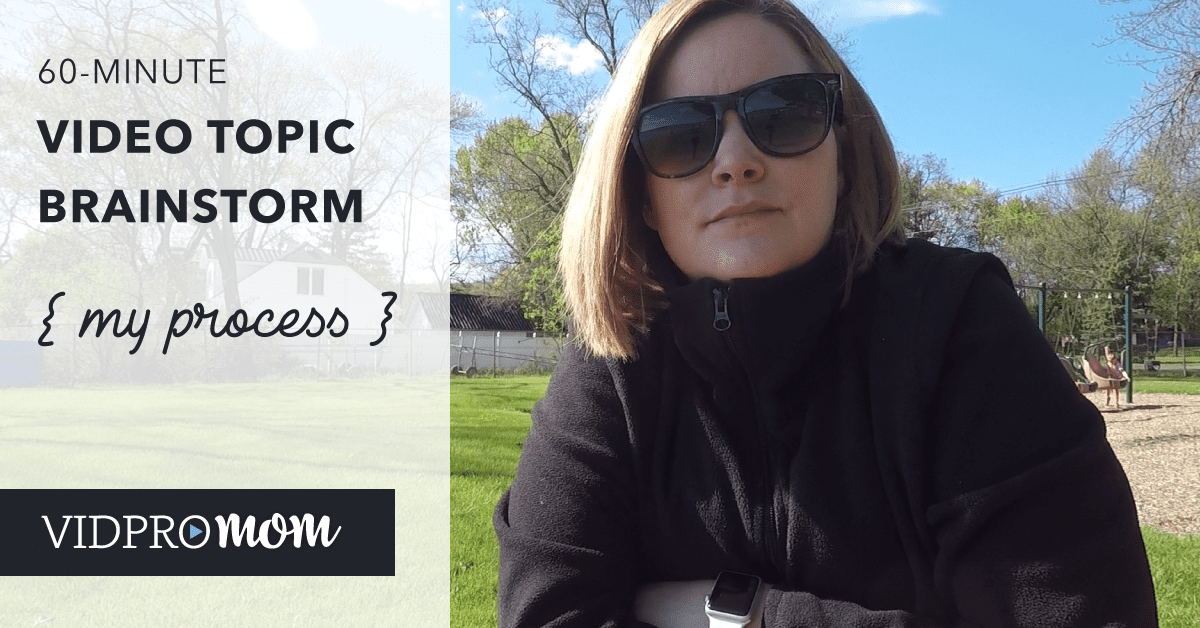 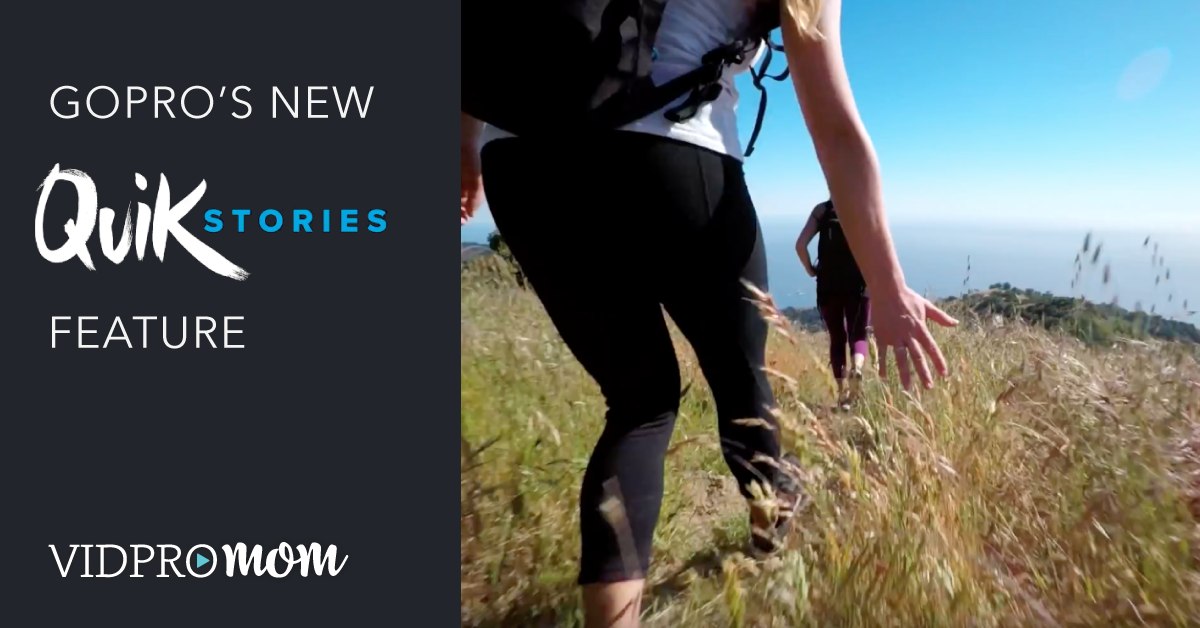