GoPro Drone Grounded For Good and other GoPro News

Home » GoPro Drone Grounded For Good and other GoPro News

There was a lot of GoPro news floating around last week: an announcement about the GoPro drone program, new pricing on the Hero6, and a news release on GoPro’s latest “project”. So I’ve got good news and bad news… 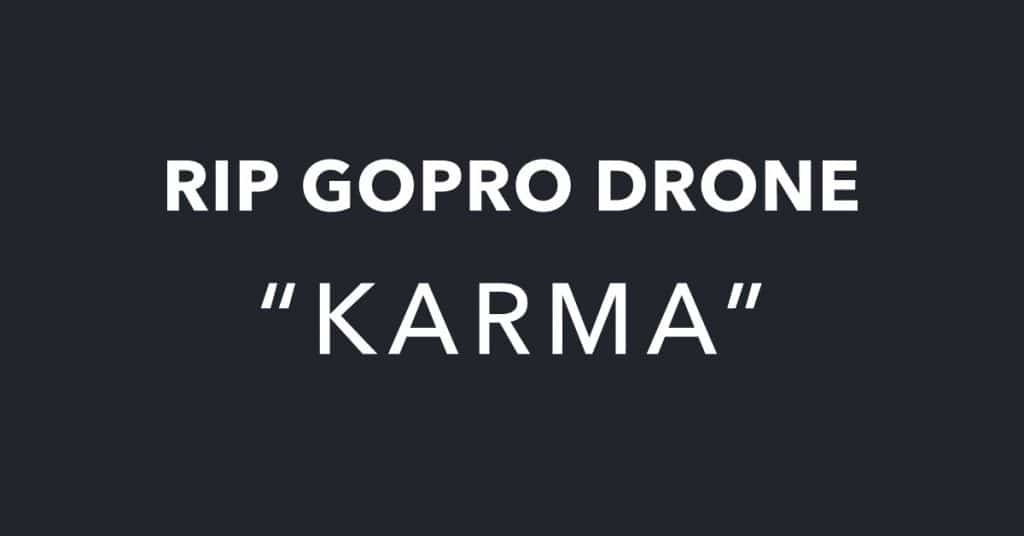 The good GoPro news is that the price drop on the Hero 6 that I posted last week is a price reduction, not a just sale. The newest GoPro Hero model is now $400! 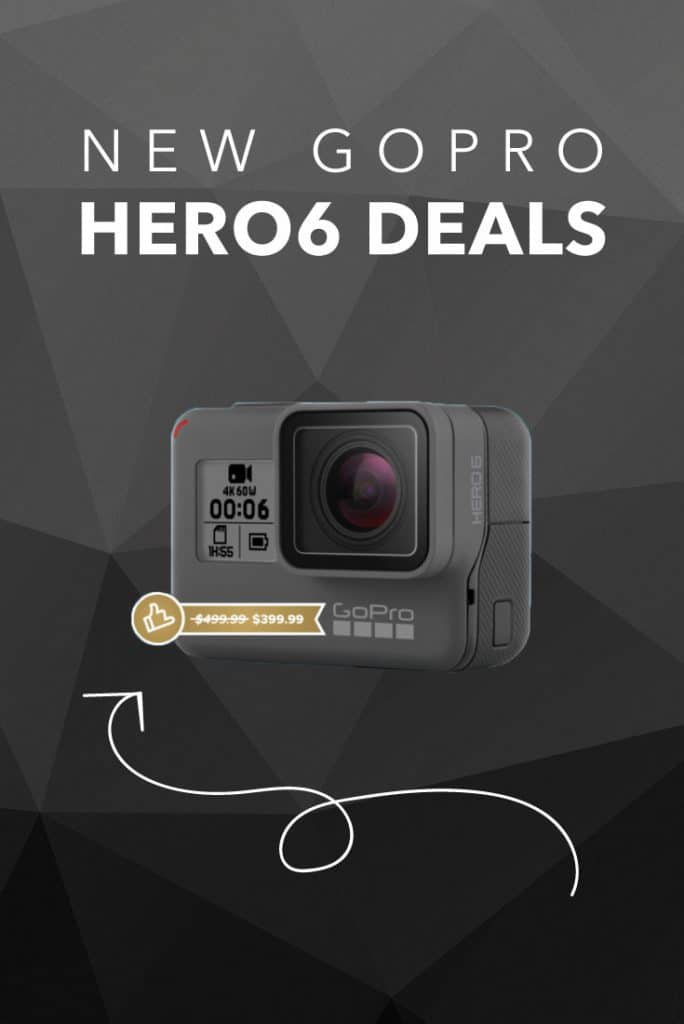 Nick Woodman explained this in an interview on CNBC last week: they lowered the price on the Hero 6 to keep in line with their “good, better, best” pricing model.

(Some links in this post are affiliate links, and we will be compensated when you make a purchase by clicking our links. Read my disclosure policy here.)

Also mentioned in the CNBC interview is that GoPro is “shuttering” their Karma drone program. That’s a nice way of saying that it isn’t working out so they’re killing off the Karma drone. They are laying off around 250 employees as well.

Do you own a Karma drone? GoPro has stated that they’ll continue to provide support and parts for Karma owners. I guess that means you’ll still be able to get replacement parts and batteries… but for how long I wonder? Customer support from GoPro has been iffy for a while now… how supportive will they be for a product they no longer make? That’s one of my worries for existing customers.

I don’t own a Karma drone. It’s not because I never wanted to, it’s just that I can’t buy every new gadget that I want (right?!). But I’ve heard good things and bad things about the drone itself, so I don’t feel too bad about it.

If you want some laughs, this Karma review on YouTube is HILARIOUS. I love how refers to the carrying case as the “Karma Coffin”. LOL

To be honest, though, I really was hoping to see a Karma Version 2.

Ah well. It was never meant to be. If I find myself in the market to buy a drone these days, I’m sure I’d be looking at DJI. The Spark is only $400??

Perhaps the most intriguing thing Woodman said in the CNBC interview was that GoPro would be open to being purchased. Later in the day, after the interview, GoPro announced they hired JP Morgan to essentially find them a buyer.

Why not say that in the interview? I don’t know. I don’t understand big business, to be completely honest, and trying to find logic in GoPro’s decisions is futile.

I will be keeping a close eye on GoPro as a company because I’m very curious how this will play out. I will post any interesting and important GoPro news here on my blog, too!

There are lively discussions taking place over in my GoPro Enthusiasts Facebook group. If you’re not in the group, you should totally join! And pop into this thread, this thread, and this thread to see what people are thinking about the latest GoPro drone news and who might be interesting in buying GoPro.

What Happens to This Blog if GoPro Doesn’t Recover?

In December 2016 (over a year ago), I published a YouTube video and blog post explaining that VidProMom is not and was never intended to just be about using a GoPro and editing GoPro videos. Yes, GoPro tutorials and how-to’s take up a majority of the space here, but I want to help ALL kinds of non-techy, hobby video people figure out how to capture and create videos – whether they are using a GoPro, or some other action camera, or their phone or a fancy DSLR camera.

You can read that post here or even watch the video (below) explaining what VidProMom is really about, but please know: I’m not going anywhere. I’ll continue to cheer GoPro on when I can, but I can tell you I’m not going down with the ship if that’s where it’s headed. I do have to stay aware of what’s happening in the consumer camera world outside of the GoPro bubble, and you will likely see my content expand from the GoPro niche throughout 2018. 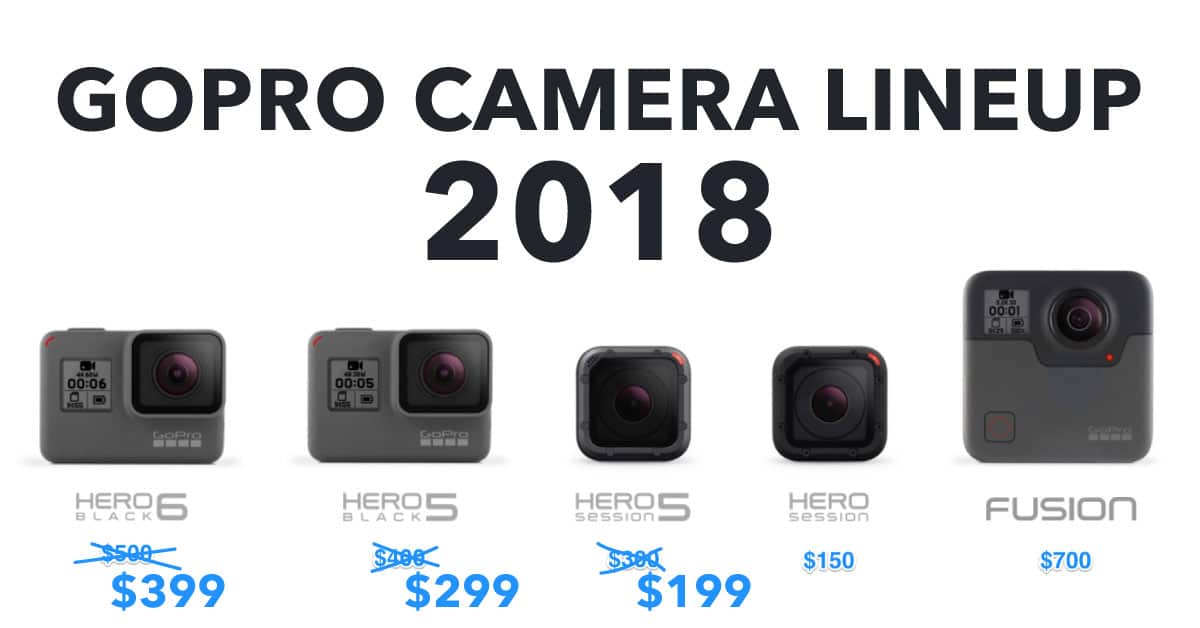 ← Previous
What GoPro Should I Buy?? GoPro Comparison 2018 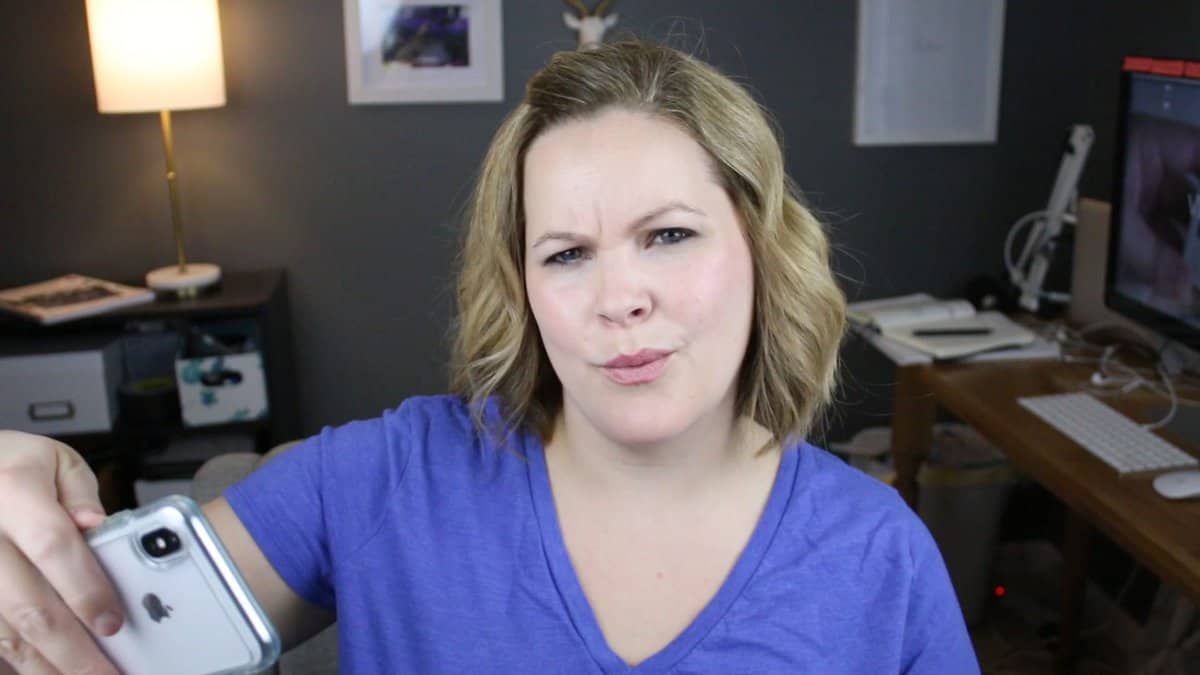 I cannot imagine how GPro can continue to expand with the ever increasing development and release of knock-offs from China for prices anywhere from 50.00 or less to 150.00 and offering most if not all of the attributes that GoPro does.. Why would the average consumer spend 500 or 600 dollars on a camera when they can do basically the same thing with a 75.00 camera.. good luck GoPro. think you will or have priced yourself out of the market..

G Mesheau, I concur. You have hit the nail on the head.