Let’s be real–the audio you get out directly out of your GoPro is pretty crappy. But using this GoPro Microphone App as a GoPro wireless microphone is a simple solution!

In today’s post, I want to address ways in which we can go about improving the audio when you’re using your GoPro, because–let’s be real–the audio you get out directly out of your GoPro is not that great (actually, it kinda sucks). But there are alternatives, like the GoPro wireless microphone I tried out… which is actually my iPhone, using the GoPro Microphone App called Myk.

I partnered with the folks that make the Myk app, which is a Microphone app for your GoPro. They asked me to check it out for myself, and show you how it works as well. This post is sponsored by the creator of the Myk app and contains links to their product. Disclaimer: I am provided with compensation for advertisements on this blog and commissions for purchases made through links in posts like this. Some links in this post are affiliate links, and I will be compensated when you make a purchase by clicking my links. Read my disclosure policy here.)

In GoPro’s defense, pretty much all cameras have crappy audio. I record all of my YouTube videos on my Canon 70D–t was a $1200 camera and it didn’t come with $1200 audio–so it has an external microphone sitting on top to capture better quality audio. This is not a GoPro-specific problem, so I’m not hating on GoPro for having crappy audio! But there are some simple ways that we can fix the problem ourselves without needing to buy an external microphone for your GoPro.

Go ahead is watch the entire walkthrough of the Myk GoPro Microphone App here on my YouTube channel, or view it below.

Now I’ve said this before, I’m not a perfectionist when it comes to my GoPro videos, but because I shoot a lot of family videos with my GoPro, it’s really important to capture the full the experience. I think if you’re jumping out of an airplane, or snowboarding down a mountain or something, for the most part, the audio is sometimes a little bit irrelevant because it’s just the wind. But when you’re capturing something like Christmas morning, for example, the audio is JUST as important as the visual. The conversation, the laughter, the reactions, that stuff will re-tell the experience just as much as if not more than the visual part of a video.

There have been times when I’ve captured something on the GoPro and the audio that comes out is muffled to the point where it’s inaudible, either because of the case that it’s in, or because of the way the GoPro was handled (usually if my kids are using it!). Or sometimes it’s because of the multiple internal microphones on the camera… it picks up other noises and sounds instead of focusing on what it is I’m trying to capture.

Capturing GoPro Audio with your iPhone

Something that I’ve done before, and maybe even recommended here on my blog is, actually used a voice recording app on my iPhone, and then synced up the audio from my phone with the video from my GoPro, when I’m editing.

That audio syncing process can be relatively simple or complicated depending on your experience and software situation, but this Myk app solves this problem in a much more simplified way by doing all of the work for you. 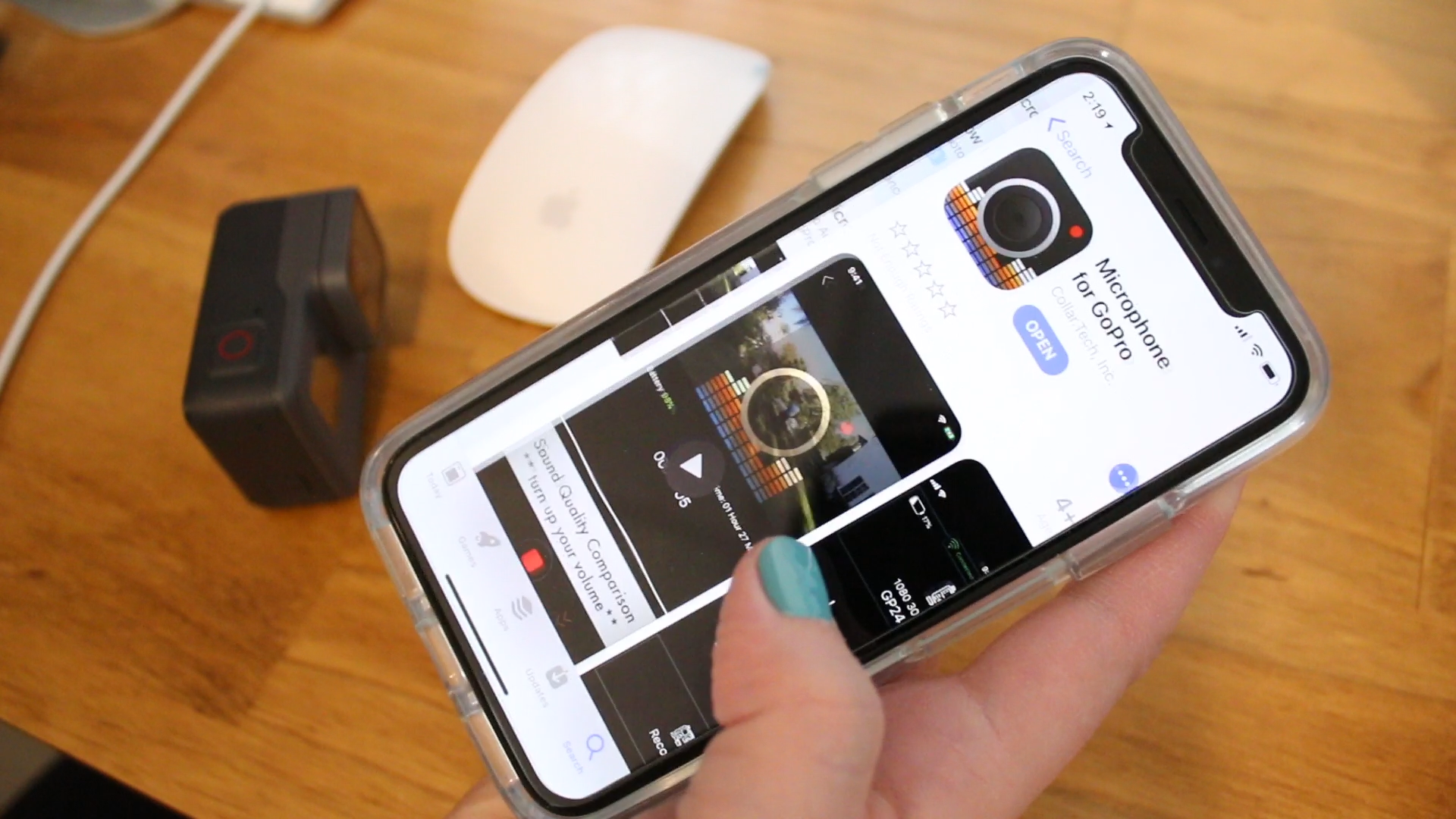 In my YouTube video, I’m going to show you how it works, and we’re going to check out the results. This GoPro Microphone app is iPhone-only at the time of this recording but you can expect an Android version to come out in the near future. Stay tuned, and I’ll update this post with Android links when it becomes available.

The Myk app is free in the app store but there is a Pro version, which allows you to capture high-resolution footage, and doesn’t put a 2-minute cap on your videos. The Pro version is $15/year. In order to use the Myk app, you’ll want to make sure your GoPro’s firmware is up to date. You’ll need to connect to your GoPro via wifi and Bluetooth for the app to work as well.

One of the really neat things about the Myk app is that you can change your camera’s settings and preview your shot, much like you would with GoPro’s capture app – but you don’t even need the Capture app to use the Myk app (which means, there is no need to sign into your gopro.com in order to use the app!) 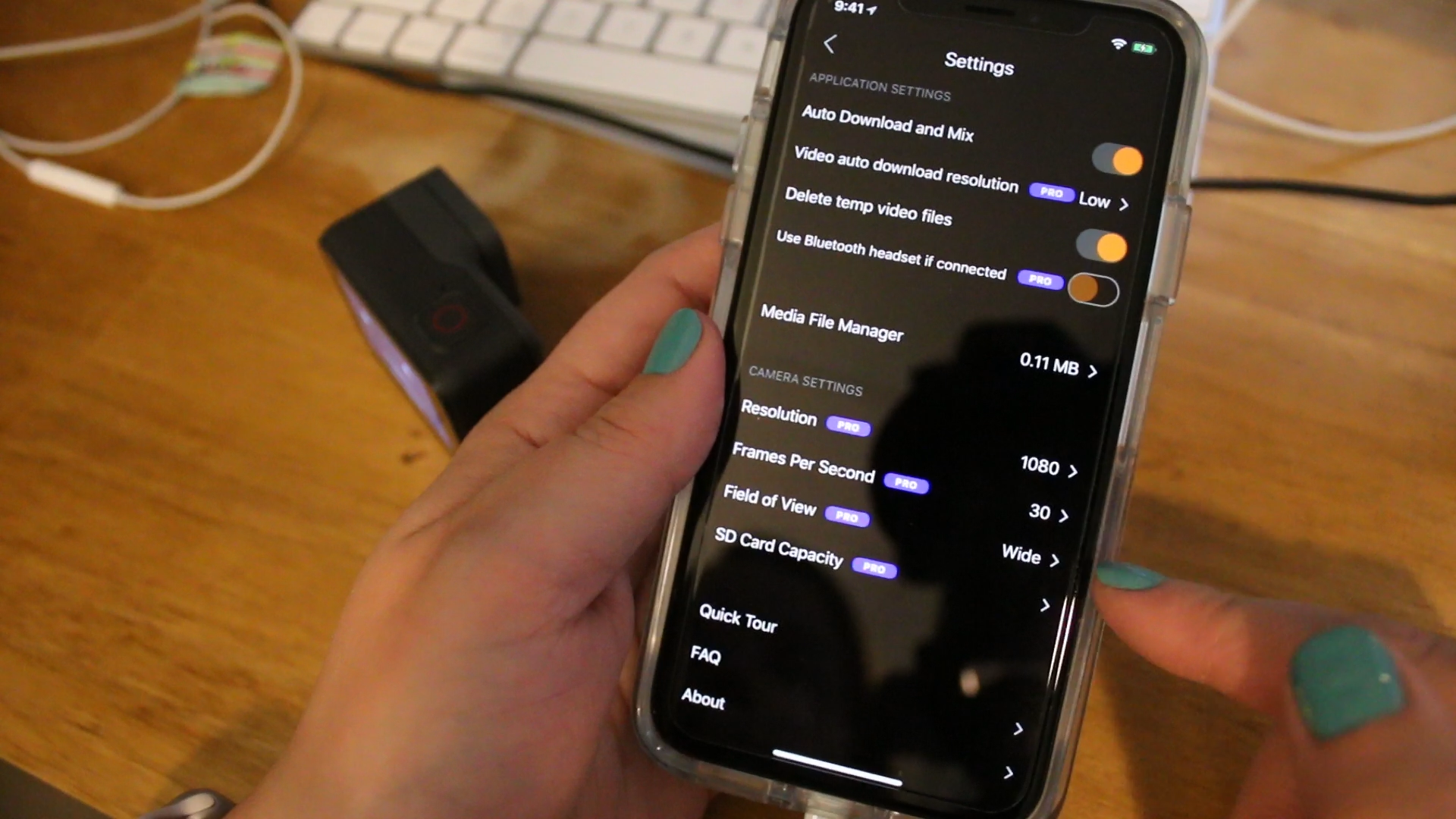 This is especially useful if you like to edit your clips on your phone and put videos together on your phone then upload directly to Facebook or YouTube without having to use a computer to edit, but even if prefer to edit on the big screen of a computer, like me, this app is extremely useful.

What I find, is that GoPro’s audio has a bit of a sound of “ocean waves”. Again–I’m not a perfectionist! But when comparing the sound from the GoPro to the sound from the iPhone, especially using the earbuds, the audio is a huge improvement. Of course, it will depend a lot on what you’re shooting and the environment you’re shooting in… you can’t take your iPhone surfing with you 🙂 But for me, and the kind of videos I create, this app will help me out a lot. Not only by helping to produce better quality audio, but my mixing it automatically for me. 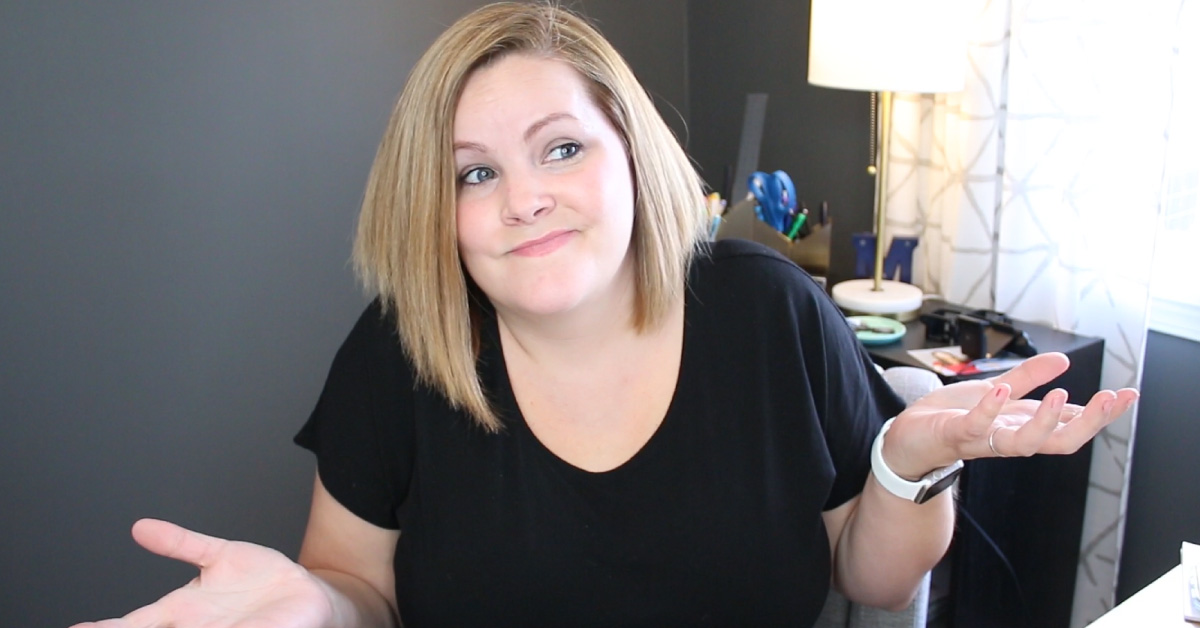 ← Previous
If I was going to buy a gimbal... which gimbal would I buy? 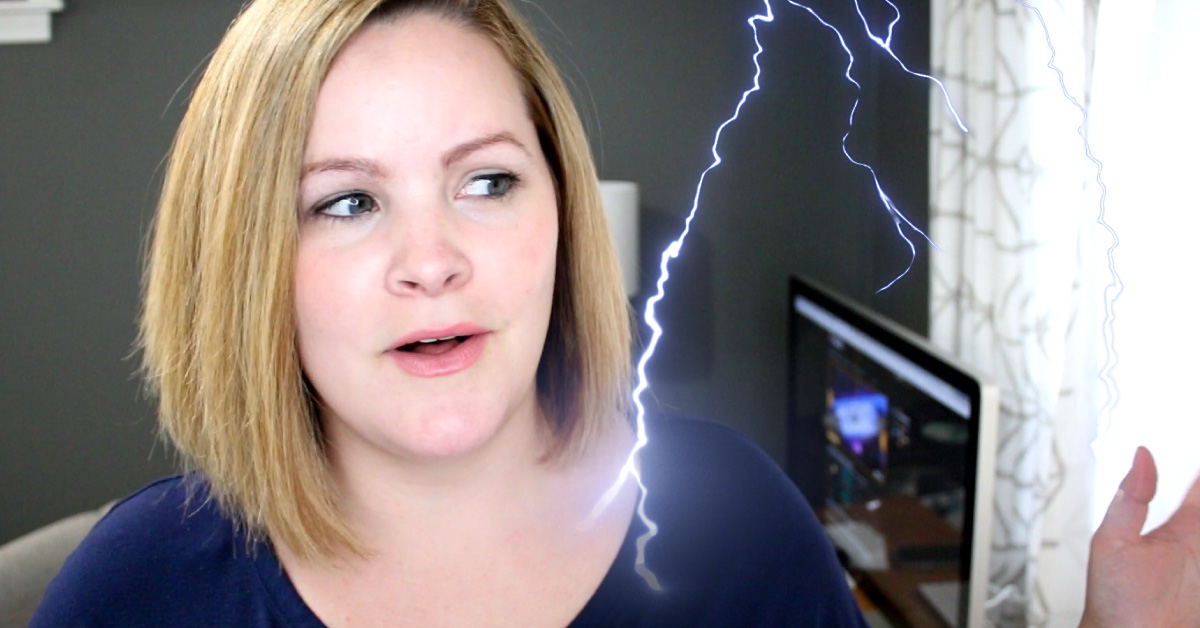 My videos are in the Iphone video library without sound. The audio is in the App without the video. Now manual download off go pro taking forever

I've notice on my videos that I'm hearing muffling sounds. I'm guessing its from my hands touching the frame of the gopro or when i'm setting the gopro down. Is there a way to fix that? Its very annoying having that on the video. Thanks for all you do.

This seems like a fantastic app!! One wuuestion, though! I leave for vacation on Tuesday and want to use this for audio and take pictures on my phone at the same time. If I minimize the app, will it still record and sync audio to my GoPro??

I'm not totally sure on that, but it wouldn't hurt to give it a try!