Normally, I wouldn’t be too concerned with shaky GoPro video footage, because… it’s a GoPro! It’s ok to be shaky because you’re probably using it for something really cool. But in my case, I had a 30-second time lapse of a sunrise from a cruise ship. So there is some shakiness happening in the clouds, on the horizon, and the movement of the ship itself.

Here’s a hack for fixing shaky video footage in GoPro Studio. Actually, this fix has very little to do with GoPro Studio at all. GoPro Studio doesn’t actually have a Shaky Footage Fixing Feature, so instead what we’re going to do is have YouTube stabilize the video for us.

How to Fix Shaky Footage

The first thing you want to do is create a new project in GoPro Studio.

Import the clip with the shaky footage, and add it to your Conversion List.

Then convert the clip, move on to “Step 2” in GoPro Studio where you can add the shaky clip to your storyboard.

Add it to your storyboard, and export. Save it as the highest resolution that you can.

Once you have the clip saved to your computer, upload it to YouTube. Set it to Unpublished or Private so it doesn’t hit your YouTube subscriber’s feeds. 🙂

Then click on YouTube’s “Enhancements” feature (The magic wand icon).

In the Enhancements section, there are several different types of adjustments you can make to your video, but the only thing we’re going to do here is click the “stabilize” button.

You will be able to view the original version and the “enhanced” version side by side.

Click to “Save New Video”, and YouTube will create a whole new video of your stabilized footage.

Once that’s done processing, go ahead and download that video back to your computer.

Import the new file into your project, and BOOM – you now stabilize your shaky footage in GoPro Studio.

Like I said, this is a hack. If you have a bunch of shaky footage and don’t want to bother with all these steps, you might want to use something other than GoPro Studio. Adobe Premiere Pro has a great stabilization feature! 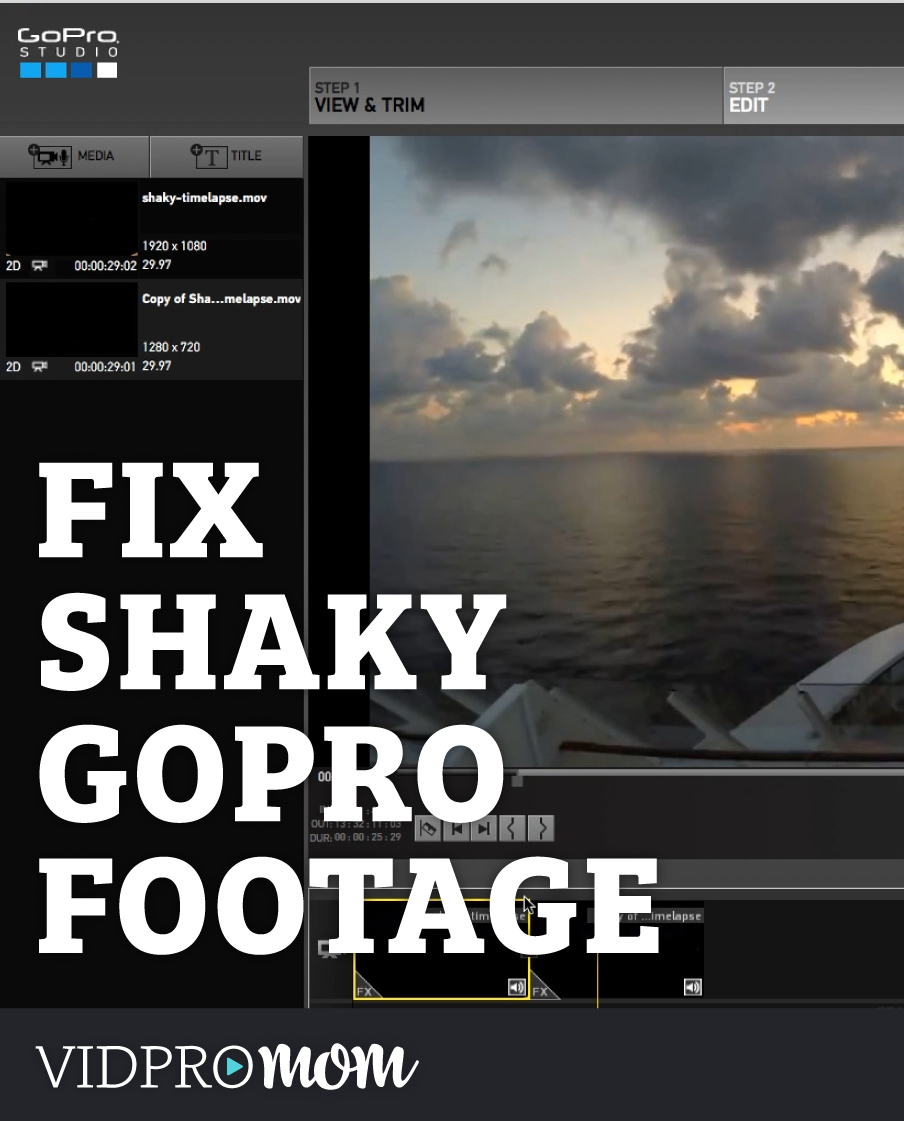 Hey don’t forget about my freebie Prep Sheet that you can get when you join the VidPro VIP Launch List over at vidproacademy.com. 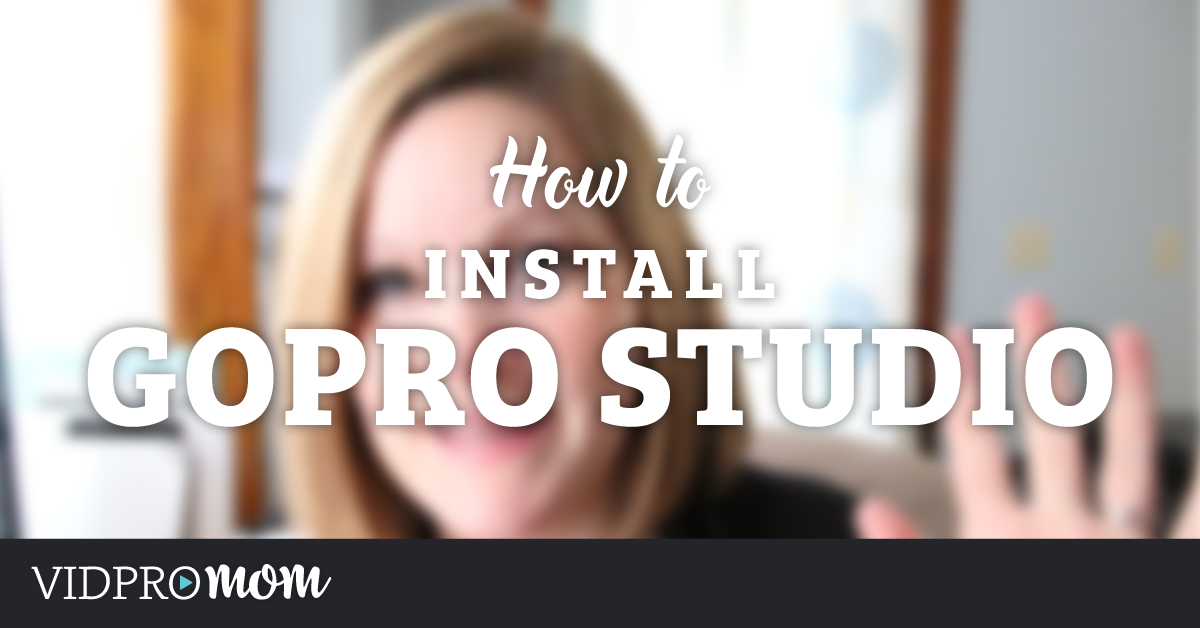 Previous
How To Install GoPro Studio on Windows and Mac 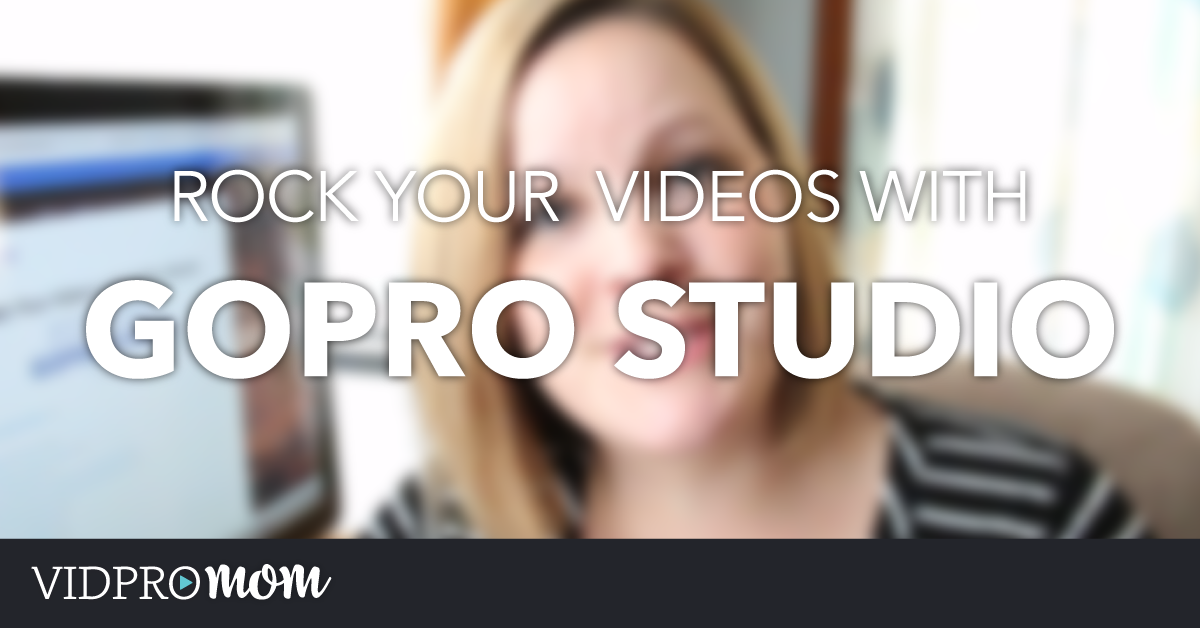 Next
Rock Your Videos with GoPro Studio

Hi, I have tried your method. Everything seems fine until I download the video from Youtube. It was in poor quality but when I view it on youtube its still HD. What am i doing wrong?

All your videos are so helpful! Have you done anything with a more professional setup for a larger film concept with gopros? any advice you have on it?

Hi William, I have not. I'm sure that would be a ton of fun though!!