GoPro Studio: How To Import Photos

Importing still photos into your GoPro Movie… this is a hot topic. I get asked this question a lot. A lot, lot. And I often rag on GoPro Studio for being crashy, buggy, and generally pretty bad at editing GoPro videos.

But the weirdness with importing photos to GoPro Studio isn’t a bug, it’s a feature.

GoPro Studio has the ability to mash a bunch of still photos together into a timelapse movie–they’re doing you a favor. But when you’re not trying to make a time lapse, it can be pretty frustrating.

So? Rename your images! Rename to something not sequential and you should be alright. Just import you images in to GoPro Studio in step 1, convert them, and add them to your timeline. 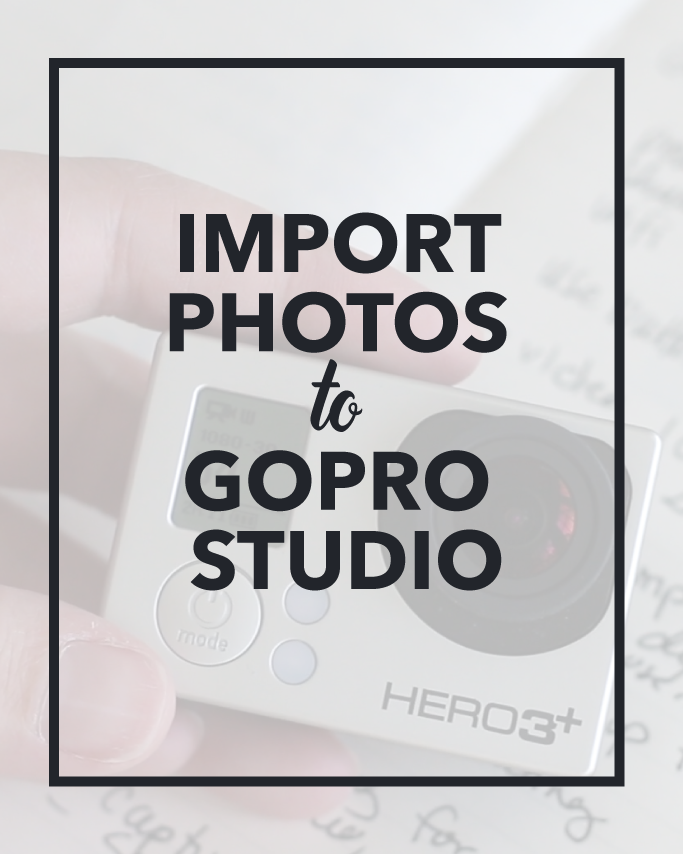 Next →
How to Save a Still Image in GoPro Studio

First, thanks for your video. This was driving me NUTS.

I have an answer to your question about slowing down the video. In step one, select "Advanced" button below the preview screen. Then select "Framerate 2/Sec"

I just renamed a bunch of photos and go pro studio still put them all together. I used letters and numbers to make them not match. Any ideas? Could I slow the video down once I'm onto the step two?

My photo turns out distorted and the color changes. WTH?

HI! Great info. I did fine until I went to convert the photos. When I go to convert, it does not convert and an error message pops up. Any Ideas?

How do you turn the vertical photo into hortizontal?

Like in your photos of your daughter above in the dino.

There is function on the left called Frame - just use that to zoom in.

Good Question, thats a thing what I want to know to.

With a single image, is there any way to create the zooming in and out effect that you can do with key frames on a clip?

I believe so, but I've never done it.