It looks like the new GoPro Hero 2018 camera is a budget-friendly action camera with some of the same capabilities as the Hero5 and Hero6 models. But is it too good to be true?

I’ll be honest with you: the release of the new GoPro Hero 2018 a couple of weeks ago caught me totally off guard! Once upon a time, GoPro sent new camera models to their GoPro family members so we could check them out and spread the word ahead of time in a review, but, not this time.

Unfortunately, I don’t have a personal GoPro Hero 2018 review for you, but I do have the details and I can tell you what I think about the new GoPro. There are plenty of GoPro Hero 2018 Review videos on YouTube and it’s more than enough for me to form an opinion on whether GoPro’s new budget action camera is worth the buy.

I know I’m not the only one who has been curious about what GoPro is up to in 2018, after slashing prices on the Hero6 Black early in the year and retiring their drone program. I don’t stay on top of GoPro news as much as I used to, so it was a post in my GoPro Enthusiasts Facebook group that tipped me off on this one (thanks for the tip-off, Celine!). (Some links in this post are affiliate links, and VidProMom will be compensated when you make a purchase by clicking these links.)

The new GoPro camera for 2018 is a more budget-friendly action camera than previous models, priced at $199. That $199 GoPro pricetag was formerly held by the Hero5 Session, but the Session models (both the Hero Session and Hero5 Session) appear to no longer be offered on gopro.com.

I don’t know if they have confirmed it, but it looks like the Hero 2018 camera has replaced the Session lineup. While the Session models are not available on gopro.com, you can still grab the Hero5 Session on Amazon.

I will get into the details of the new GoPro Hero later in this post, but I want to give you my thoughts right off the bat.

There has been quite a bit of discussion in my GoPro Enthusiasts Facebook group about whether the new GoPro Hero 2018 is a decent camera and whether the $200 price tag is worth it.

Of course, it depends, but here are my thoughts:

My guess is that GoPro wants to capture new customers who are not familiar with creating videos and who never seriously considered buying a GoPro camera. Someone who is new to video entirely, perhaps who is familiar with the GoPro brand, but was never quite sold on the idea of a $400 or $500 gadget that they never thought they needed.

There is a trade-off for everything. This should not be a surprise.

To me, this feels like the best budget-friendly, entry-level GoPro camera that GoPro has ever created. Not saying it’s the best camera on the market (it’s not), but if we’re talking budget cameras, then heck yeah.

It’s not perfect, it’s not top of the line, and it’s not for everyone. But it’s a good start for:

The GoPro Hero 2018 is better than nothing. If it’s the only model GoPro you can afford, then by all means, snag the new GoPro (or wait until the Holidays when it will probably be priced at $150).

I think the bottom line is that it really is a personal decision. If you’re looking for a top of the line action camera that shoots 4K, has super high frame rates, all the Protune options you could ever ask for, and tons of other brilliant features, the Hero6 Black is your best bet.

If $300 is still out of your price range and you really want to own a GoPro camera, then the GoPro Hero 2018 will be your new BFF. But please consider the pros, cons, and comparisons in this post before you make a buying decision.

Related: GoPro vs. DSLR vs. iPhone – When and Why I use which camera

Similar to the Hero5 and Hero6 models, the new GoPro Hero for 2018 has the following classic GoPro features:

While the new GoPro Hero 2018 looks identical to the Hero5 and Hero6 Black models, the tech on the inside is a bit different.

It does have video stabilization but does not use the same technology as the Hero6 Black’s stabilization, so it’s important to differentiate there. See the comparison videos below.

The rugged, waterproof case is a pro on the new GoPro models. The other action cameras I have used have a clunky “cheap plastic” feel and don’t seem nearly as durable as the actual camera body of the GoPro Hero (including the 5 and 6 models).

Compared to past entry-level GoPro models, the new Hero for 2018 is a huge improvement. The fact that it has the same great user-friendly features like the touch display, voice commands, and waterproof-ness as the more expensive models is a win for budget-minded consumers.

It’s half the price of the Hero6 Black, so in comparison to other GoPro models, the price is a pro here. Especially considering the Hero5 Session is/was $200, and that doesn’t have a touchscreen or removable battery.

Related: What GoPro Should I Buy?? GoPro Comparison 2018

Lack of 4K is seen as a huge negative by many, but not by me. I don’t shoot in 4K and not everyone needs to. I don’t think the average consumer looking to spend $200 on a camera is looking for 4K capabilities.

Although I don’t usually utilize high frame rates, I could see merit in include at least up to 120fps for smooth slow-motion footage. You can do slow-motion at 60, but 120 would create a better result. Even for the average budget-minded consumer, slow-motion action cam footage is a given, in my opinion. For a really great comparison of slow motion at 60fps vs 240fps, check out Ben’s review on the Authentech YouTube channel.

Limited Fields of View available. This is perhaps the biggest bummer of the new Hero 2018 for me: there is no Linear Field of View. You have Wide, Medium, and Narrow, but no Linear and no SuperView. Linear field of view gives you a more “flat” look, like what you’d expect to see out of a DSLR, iPhone, or any non-action camera. Fish-eye distortion is common in action cameras which have a wide angle lens. The Hero 5 and Hero 6 cameras have the ability to shoot at a higher resolution, and then automatically remove the lens distortion while you’re shooting, creating that Linear Field of View. Since the new Hero doesn’t shoot at a high-enough resolution, I’m guessing that’s the reason Linear FOV is not an option.

There is no Protune available on the new Hero. This is the single most obvious clue as to the type of consumer GoPro is after with this camera (hint: not the pro market, or even the enthusiast market). If you aren’t familiar, Protune is like putting your camera in Manual mode, allowing you to control settings like ISO, exposure, color, white balance, etc. In order to use Protune, you would need to know how to edit and color correct your video footage. The average consumer is likely not interested in this. So while the lack of Protune is definitely a con, to me it is totally expected. Protune is a confusing word for consumers anyway, so removing it might help GoPro newbies avoid confusion.

GoPro.com states that the new Hero 2018 is not Karma compatible, and it shows an image of the Karma drone. It’s not clear whether the compatibility notation refers to the drone only, or if it’s also not compatible with the Karma grip as well.

Features aside, it’s really important to know whether the results from a camera are up to your own standards and expectations. Right off the bat, after browsing GoPro Hero 2018 review videos, I can see that the new Hero is on par with what you’d expect from the Hero5 Session. Not the best, but not horrible. Since I don’t own the new Hero, or a Hero6 Black (my newest model is the Hero5 Black), I can’t compare the models myself. So, allow me to rely on other trusted YouTubers for quality comparisons.

Here are three thorough comparison videos of the GoPro Hero 2018 vs. GoPro Hero6 Black. It’s a really great idea to view the comparisons in these videos before you make a decision to buy the new GoPro, so I’ve embedded them below.

I really liked this comparison from Gary at The Everyday Dad channel because he uses a split screen but doesn’t reveal which side is which camera until the end, so you can see image quality differences without being swayed one way or the other.

Another great review comparing the Hero with the Hero 6 Black, Ben from the AuthenTech channel is shooting in 4K on the Hero6, so it’s not exactly comparing apples to apples. This is a much watch if you want to be able to utilize buttery smooth slow motion and stabilization without a gimbal.

Another excellent comparison between the Hero and Hero 6 Black from Shawn over at the Air Photography channel. Includes a battery test!

At the end of the day, I’m always going to say that making a buying decision is a personal decision, and I can’t make it for you. If you want a GoPro, buy a GoPro! Buy the best GoPro you can afford! If $200 is all you have to spend on an action camera, then give the GoPro Hero 2018 a try.

Related: 30 Days of GoPro – a Guide for Beginners

← Previous
How to Organize Video Files 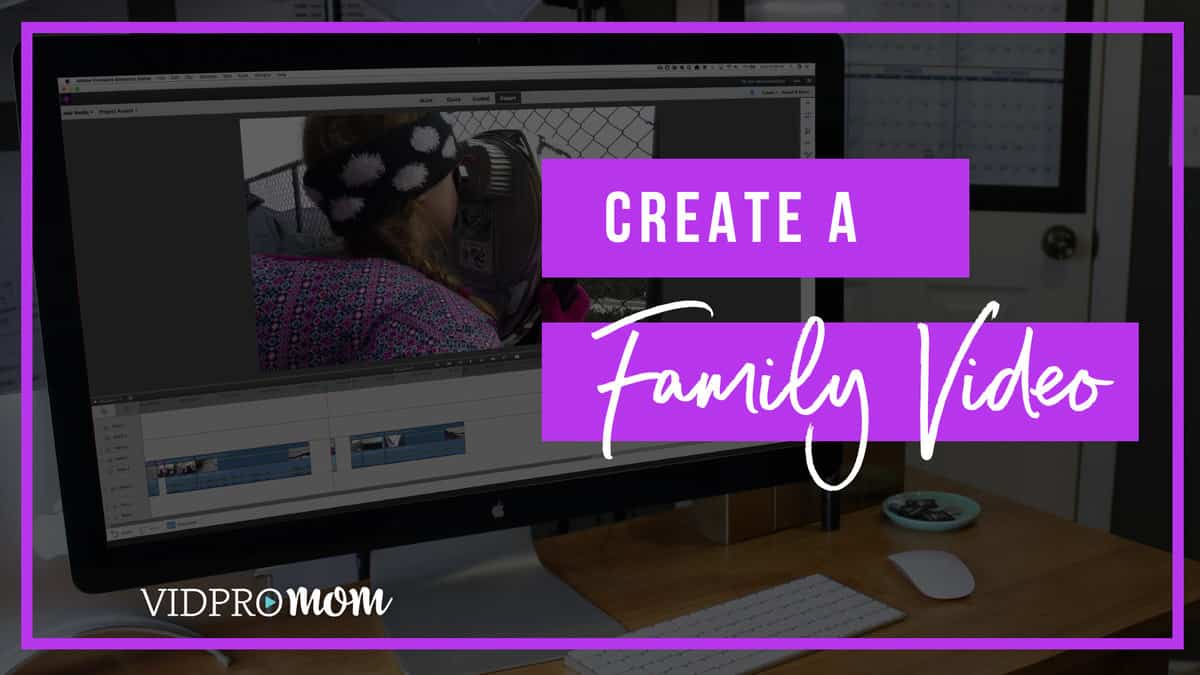 Next →
Premiere Elements 2018 – How To Make A Great Family Video

Thanks ill take a look at the go pro 20018 looks great with out the bulky case.ill ccheck out jb hi fi to see if they have them thanks

I am currently debating on purchasing one of these, or a hero 3 black for $90 with some accessories. Which one should i purchase, in your opinion?

I’d go for the newer one I think

Thank you for this Meredith! I am new to this market and technology and I am actually thinking of buying the Hero 2018 as it fits my budget. This review makes me know more about the pros and cons that will help me with my buying decision. I'll give it a go for a start and maybe upgrade in a few month's time.

I have the Hero 6 and Lovin it,( my First Go-Pro) I couldn't see buying a $200 Go-Pro, doesn't make sense, they are just Targeting a new consumer market(like you said) And why didn't they send You the New one Meredith? That was a Great review, You know Go-Pro !!