Did you know there are secret settings on your iPhone that can improve your videos? In this post, I show you my favorite iPhone tips for better videos, without extra apps and gear.

You know I’m all for using whatever video camera you have, and a lot of times, that means all I have available is my iPhone. And while the iPhone video camera does great automatically, did you know you can adjust the exposure, focus, and even lock your exposure and focus on the iPhone while you’re recording a video?

So in this post, I’m only going to talk about the actual video camera app that’s on your phone and the settings that are on your phone, so you don’t have to have any extra fancy equipment or fancy apps or whatever. I just want to make sure that you’re using the ideal settings and know how to use the video camera on your iPhone.

I have an iPhone X (that X is as roman numeral 10, so you say it “iPhone ten”). I’ve had it for a couple of months, and I love it. Most iPhones that have been released in the last two years have really great cameras. They keep improving both the photo mode and also the video mode.

We’ll get into the actual settings for the camera app, but first I let’s go over the little tricks for adjusting exposure, locking exposure, and focusing on the iPhone.

The iPhone does a pretty good job of adjusting exposure on it’s own, but if you’re in a situation where you want to adjust the exposure, all you have to do is touch the screen and then slide your finger up or down, depending on whether you want to increase or decrease your exposure. 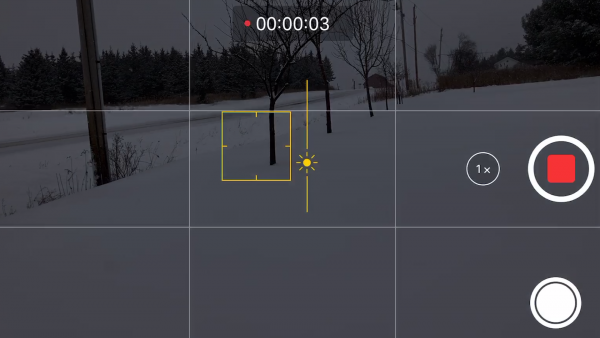 If you press and just hold that square in a certain spot, what’s going to happen is it’s going to actually lock the exposure. It turns off the auto exposure setting. If you are filming a bunch of different things, moving around, your camera’s not going to try to adjust exposure. It’s going to stay locked on what you have it set to. You may have to play with that a little bit to kind of get a feel for how that works and what’s going to work for you. 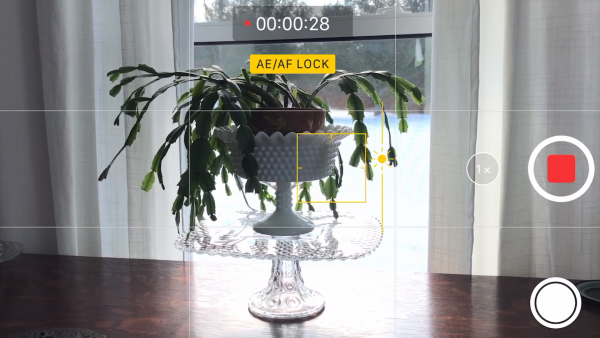 Adjust Focus on your iPhone

The other thing is, this is one of my favorite things about the iPhone, is that you can just tap somewhere on the screen to focus on that thing. One thing I’ve done before with that is done kind of faked something that is called pull focus, when you manually change focus from something like far away to something close. It’s something you have to kind of do manually, and it’s kind of tricky to do, but on the iPhone you can kind of fake it by tapping on the screen where you want it to focus. Because you don’t hear the lens moving or anything, if I do it on my DSLR camera you can hear the lens refocusing. On the iPhone you can’t hear it. You just kind of get that cool effect. 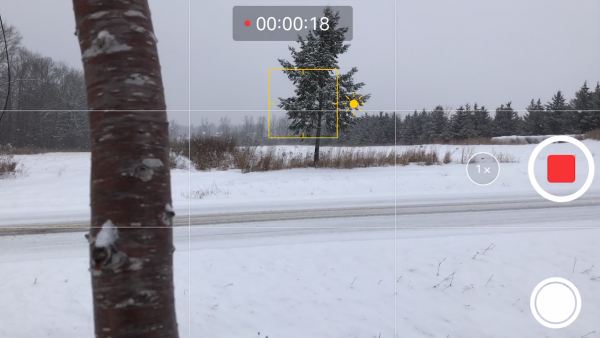 If you go to the general settings on your phone and go all the way down to the camera settings, that’s where you can change, or at least take a look at some of the settings for the video function of the camera app.

At the very top you can take a look at preserve settings. What this does is you can set it so that every time you open and close your camera app you can decide whether it’s going to reset to the default photo mode or if it’s going to just stay on the last mode that you were using.

I really like this. I don’t know, I didn’t know this option existed honestly. Sometimes I will be trying to get video footage. I’ll be using my phone and then I’ll set my phone down or I will lock it, put it in my pocket or whatever, and then I get it back out, I want to shoot some more footage and it’s back into photo mode. You can actually set it so that it just opens back up to the mode that you were using last, which I think is pretty convenient.

You can also set it so that it’s going to use the last filter and light settings. If you’re using portrait mode or something it’s going to stay with those settings. There’s another one for live photos, but we’re talking about video.

Down under record video you’re probably going to want to take a look at that because this is going to be your resolution and your frame rate. I’m shooting in 30 frames per second now, 1080 resolution. That’s usually what I shoot in on my DSLR and on my GoPro, but you can bump it up to 60 frames per second if you want to do slow motion. You could bump it up to 4K if you wanted to shoot 4K. I never shoot 4K because my computer just really it lags when I try to edit it, so why bother, right?

One reason why you might want to shoot in 4K, even if you don’t need 4K footage for your end result video, is that you could stabilize things. If you have your phone in your hand, you’re shooting, it might be kind of shaky. You could shoot in 4K so you have a little bit of extra resolution basically. You could in premier pro there’s something called warp stabilization. You could use that and then if you’re shooting in 4K you have an extra little bit, well quite a bit actually, of wiggle room to correct any camera shakiness.

Down below that there’s an option to lock your camera. What this means is that when you are recording you won’t be able to switch back and forth between your front facing camera and the other camera.

There’s the setting for what you want the setting to be when you record in slow motion. You have 240 as an option or 120. I think by default it’s 240. I bumped mine down to 120. I don’t think I’ve ever used the slow motion function, but I think 120 is plenty enough for me.

Down here under formats you have two options, high efficiency or most compatible. A couple weeks ago posted for users of the GoPro Hero 6 because in some video settings the Hero 6 actually records in a completely different format than we’re used do. It’s a new format, It’s the HEVC H.265 format. The high efficiency format versus the most compatible here on the iPhone is kind of the same concept. With the higher resolutions, higher frame rates. What’s going to come out of your camera is going to end up being the HEVC, which is a high efficiency. If you aren’t sure whether that’s going to be compatible with your computer when you go to edit or something, you want to choose the most compatible option just to make sure that it’s not recording in that new format.

If you’re going to be compatible, then by all means, you should be recording in that higher efficiency HEVC format. That’s what that means down there under the formats option.

Thank you for the info on the Iphone. Did you add the Close caption text toward the end of the Video? If so was it just with Imovie titles?

Thanks! The captions at the end are just a titles, thats all!

My passion is helping content creators start and grow their online business so that YOU can be the boss of your own future. I’m a total introvert (seriously!) but I believe YouTube is the fastest way to start and grow your profitable online business. Video Pursuit Society is where I share all my secret strategies and action plans.